You are here: Home / About MBY

HISTORY
Mesivta Birkas Yitzchok (MBY), a boys’ yeshiva high school, was founded in 2006 by Rabbi Sholom Tendler as Rosh HaYeshiva and Rabbi Usher Klein as the Ninth Grade Rebbe. The purpose of founding this yeshiva was to fill a void in the educational opportunities existing in the Los Angeles area for the strictly observant Jewish Community.

In September 2006, MBY opened its doors with twelve boys in Grade Nine and has been adding one grade each year. Its first class graduated in June 2010 and its current enrollment is 72 students in grades 9-12.

During the second year of its existence, MBY applied for candidacy to Western Association of Schools and Colleges (WASC). The school received its Initial Visitation in the spring of 2008 and was very pleased to have been allowed to skip the candidacy stage and receive full accreditation. In 2011 MBY renewed its accreditation for another six years.

MISSION STATEMENT
The goal of Mesivta Birkas Yitzchok is to produce G-d fearing and Torah observant students who excel academically in both Torah and General Studies. The environment of the school will be one that nurtures religious growth, refinement of character, and encourages a lifestyle wherein Torah, its study and culture, are primary.

MBY graduates will be well prepared to further their education in both Torah and General Studies. A rigorous General Studies program will enable the students to successfully pursue any profession or vocation they may choose as a means to earning a livelihood. The teaching of Torah’s primacy will be manifest in our students’ continued devotion to Torah learning even while engaged in study towards a profession and once they will be engaged in that profession.

For those students who will be inspired to devote their lives to the study and teaching of Torah, they too will be well prepared both tangibly and intangibly to continue their Torah education in the finest post-secondary yeshivos.

EDUCATIONAL PHILOSOPHY
MBY’s primary educational emphasis is to produce students who are steeped in Torah learning and yiras shamayim. The educational program will challenge the students to become gedolei Torah, reaching their full potential in learning skills and knowledge. MBY will emphasize the importance of refining one’s middos and living a committed Torah lifestyle of the highest degree of integrity and honesty.

MBY places the study of Torah in the position of absolute primacy and supremacy relative to any other course of study. At the same time, MBY recognizes that a significant percentage of its student body will one day pursue a profession or vocation as a means to earn a livelihood. To this end, MBY will provide its students with a rigorous secular education of the highest order. The concurrent teaching of Torah’s supremacy and priority will be manifest in our students’ continued devotion to Torah learning even while engaged in study towards a profession and once they will be engaged in that profession.

For those of our students who will be inspired to devote their lives to the study and teaching of Torah in chinuch, rabbonus, or kiruv, they will be as well prepared both tangibly and intangibly as in any other top of the line yeshiva.

EXPECTED SCHOOLWIDE LEARNING RESULTS (ESLR):
The following ESLR’s will be the hallmarks of graduates of MBY: 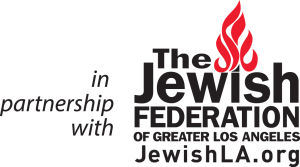